A Mere Reality – A Message from a B-Boy 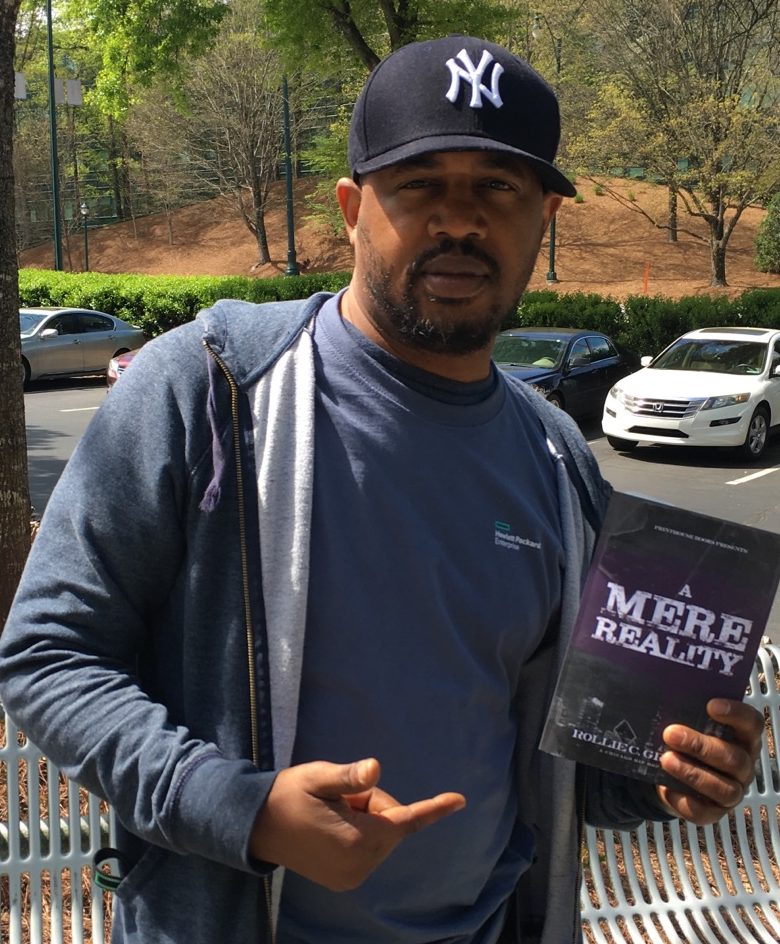 New Author Rollie C. Gray Jr. is fresh on the scene with his first book entitled “A Mere Reality – A Chicago Hip Hop Story”. Rollie was inspired to write this book because he wanted to change the perception of young black males. He says, “If the Almighty gave me the ability to create I would change the perception of young black males…You see majority of books, films, etc. are from a mostly white male perspective.”
With “A Mere Reality” I`m attempting to educate and entertain the human spirit with a story about cultural, social and political issues. Rollie discovered his love for writing at the young age of 9. Growing up on the South Side of Chicago, IL; Rollie survived the 70`s during the Black Power movement followed by the Hip Hop movement of the 80`s and 90`s.
Rollie received his Bachelor`s of Arts  in Political Science Degree from Grambling State University in 1996 where he also became socially and  politically conscience. Rollie developed a deep desire to change the world by speaking out against injustices which lead him to pursue a career in politics, social services, and music. He soon found that he prefers to educate and entertain the human spirit with stories about cultural, social and political issues.
“A Mere Reality” is a book about A B-Boy (a young man involved with hip-hop culture) from the South Side of Chicago growing up in the 80’s and 90’s during the golden era of Hip Hop; rhyming and battling on the Chi-Town streets prepared him to take over what would become a billion dollar industry. During the late 90’s; America changed and Hip Hop followed suit. There was an influx of money in Hip Hop, but it came with a cost.
Rollie plans to promote his book by Social Media, Book Tours, and Radio including a Book Tour in the near future. Rollie wants his readers to get LOVE out of his book. “A Mere Reality – A Chicago Hip Hop Story” release date is May 15, 2016 and can be purchased on eBook for $5.99, paperback for $16.59 and amazon.com/author/rolliegray. Available in eBook, paperback and hardback formats Internationally via Amazon, Barnes and Noble & Itunes.
Rollie C. Gray Jr. can be reached at Rollie@AmereReality.com, amerereality.com, facebook.com/amerereality,  amerereality.tumblr.com.
Written by Stephanie Childs
Prev Post

7 Ways to Have Prettier Hands (Even Without a Manicure)

What does it mean when your boss says you have an attitude problem?