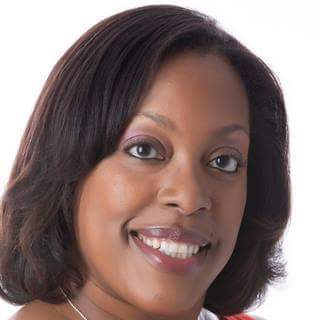 Heads up to anyone looking to travel internationally. If you need to apply for a new passport or are planning to renew your passport this year, you’ll need to do it ASAP, especially if you have international travel plans in your future.

Almost 10 years ago, a valid passport became a requirement to fly to the Caribbean and Mexico (previously, a certified birth certificate was acceptable). U.S. passport statistics are staggering – in 2006, about 12 million U.S. passports were issued, but in 2007, the number jumped to over 18 million. Why are these statistics important to know in 2016? Because passports are good for 10 years for adults age 16 and up, so this is the year several million people will start the renewal process. Even if only half of those millions of passport holders plan to renew, it will surely backlog the standard processing time as it did 9-10 years ago.

The standard processing time is typically 6-8 weeks for new applications, and 3-4 weeks for renewals. Back in 2006/2007, the influx of new applications caused the processing time to jump to 10-12 weeks or longer. The U.S. State Department is expecting the same or longer delays especially since a record number of passports have been consistently issued in recent years.

With so many travel documents set to expire over the next 24 months, Brenda Sprague, deputy assistant secretary of Passport Services at the U.S. State Department said, “If I haven’t scared you to death, I haven’t accomplished my mission.”

As a travel advisor, I recommend all clients to apply for a passport, even if they’re planning to take a cruise where a passport is not mandatory, but highly recommended. A passport is your global identification whereas a birth certificate proves citizenship for U.S. authorities only. A driver’s license doesn’t mean anything once you leave the U.S., except that you are able to drive in the U.S. and possibly be able to rent a car in a foreign country – it does not prove citizenship. For those who choose not to purchase a passport when cruising or crossing the border by car, a passport is required if there’s an emergency requiring passengers to interrupt their vacation and fly home.

By the way, when applying or renewing, make sure to apply for a passport book and not the passport card. While the card is less expensive, its use is very limited – the passport card is only valid for border crossing by land or sea, but not by air. A passport book, on the other hand, gives Americans the freedom to travel to almost every country on Earth. It’s valid for 10 years for adults and 5 years for children, so the investment is worth every dime. Besides, it’s a great backup and peace of mind to have a passport if your driver license is ever lost or stolen.

My advice? Apply or renew now to be on the safe side.

Information on applying for and renewing a passport can be found at www.travel.state.gov.

How do you get cheaper airfare tickets?

Leslie Richardson is a Master Cruise Counselor with Cruise Planners, an American Express Travel Services Agency. She can be reached at (877) 846-SHIP, (713) 491-4989, or www.jetsetterscruises.com.

FIVE TIPS TO LOSING WEIGHT IN 2016