With NBCUniversal’s help, the struggling social media giant preps more than a dozen original series for its 188 million users as it muscles into a crowded market.

It’s a sweltering mid-September afternoon in Altadena, California, but the Mountain View Mortuary has come alive with actors dressed in period garb. Director Suzi Yoonessi is about to yell “cut” on a pivotal scene for the new dark comedy The Dead Girls Detective Agency, but first she tells the cast to give her a version in “Snapchat speed.”

If the vertical framing on the monitors didn’t give it away, Yoonessi’s direction for the snappy take does: The series is one of more than a dozen serialized shortform shows that Snapchat will begin rolling out under its new Originals banner on Oct. 10.

Like YouTube and Facebook before it, Snapchat is pushing head-first into original entertainment programming as a way to drive up engagement among its predominantly young audience and capture lucrative video advertising dollars. But its slate won’t be ripped from the Netflix playbook. All Snapchat scripted series will average about five minutes an episode and be released daily in the signature vertical video format. “It is uniquely Snap,” says Dead Girls producer Jordanna Fraiberg. “In this version, it can’t exist elsewhere.”

Snapchat signaled plans to bolster entertainment programming on its platform nearly a year ago when it announced that it had formed a joint venture with NBCUniversal to develop and produce scripted shows from creative talent including Mark and Jay Duplass. Now, after a redesign that drew the ire of many users and stalled audience growth on the platform, Snapchat is rolling out Originals at a pivotal moment. In addition to Dead Girls, which hails from Keshet and digital studio Insurrection, scripted programming in the works includes mystery Class of Lies from Riverdale writer Tessa Leigh Williams and executive producer Mark Boal and, from the Duplass’ DBP Donut studio, a queer college coming-of-age comedy, Co-Ed, and the stalker thriller Slay. There’s also a slate of docuseries featuring rapper/internet star Bhad Bhabie and a group of daredevils known as the Stunt Brothers.

Snap head of original content Sean Mills says the projects are geared to the 18-to-24 demo that has shown an affinity for the slate of some 60 partner-produced original Snapchat Shows the company has released. “This is an audience that’s very challenging to reach on other platforms,” he says. “The mobile screen is the first screen for that generation, and they’re spending a lot more time on our shows than ever before.” Of those existing shows, he says, 18 have monthly audiences of more than 10 million unique viewers.

But the scripted launch is coming amid questions about whether Snap has lost its cool with its core base, especially after a February redesign that prompted complaints. During the second quarter of 2018, Snapchat’s daily average user base shrank by 3 million to 188 million. The stock swiftly dropped and has yet to recover, trading down 50 percent, at all-time lows, since the start of the year. “No one should have crazy expectations about how big that user base can be,” notes Pivotal analyst Brian Wieser.

Tasked with making sure much of Snapchat’s content resonates with users is Indigo, the joint venture of Snap and NBCU that also serves as the studio on five shows from the Originals launch slate. Indigo, formed after NBCU invested $500 million in Snap’s IPO and run by NBC veteran Lauren Anderson, also is a kind of middle man, helping to convey Snapchat’s mobile video format to partners without getting in the way of the creative process — a frustration for some when Snapchat first started to launch shows.

Per Anderson, Indigo works closely with Snapchat to field pitches. While the studio will hear a wide array of ideas from both digital and traditional producers, she says, “I have started encouraging people to come in with the thing that is meant for Snap. If you come in with the thing that you were meant to do and try to back door it into what we’re doing, it’s probably just going to be frustrating.”

Mark Duplass concedes that getting acquainted with Snapchat’s vertical video style took some time. “That was more of a challenge than I think we anticipated it being,” he says. “I would say that anybody who is feeling, ‘Hey! Vertical will be fun!’ Yes, but also hard to make good.”

Because the Duplass brothers are known for producing shows on the cheap, they were able to explore a lot of ideas before they settled on the projects that will debut on Snapchat. But that might not always be the case, with one agent noting that Snapchat’s lower budgets could limit its access to creative partners, especially as Jeffrey Katzenberg’s NewTV begins to throw premium TV money at the shortform space.

For now at least, despite its struggles, Snapchat isn’t signaling any TV envy. “People watch more video on their mobile phone than any other screen,” says Mills. “It’s a bigger opportunity for Snapchat than being another player in the world of Peak TV.” 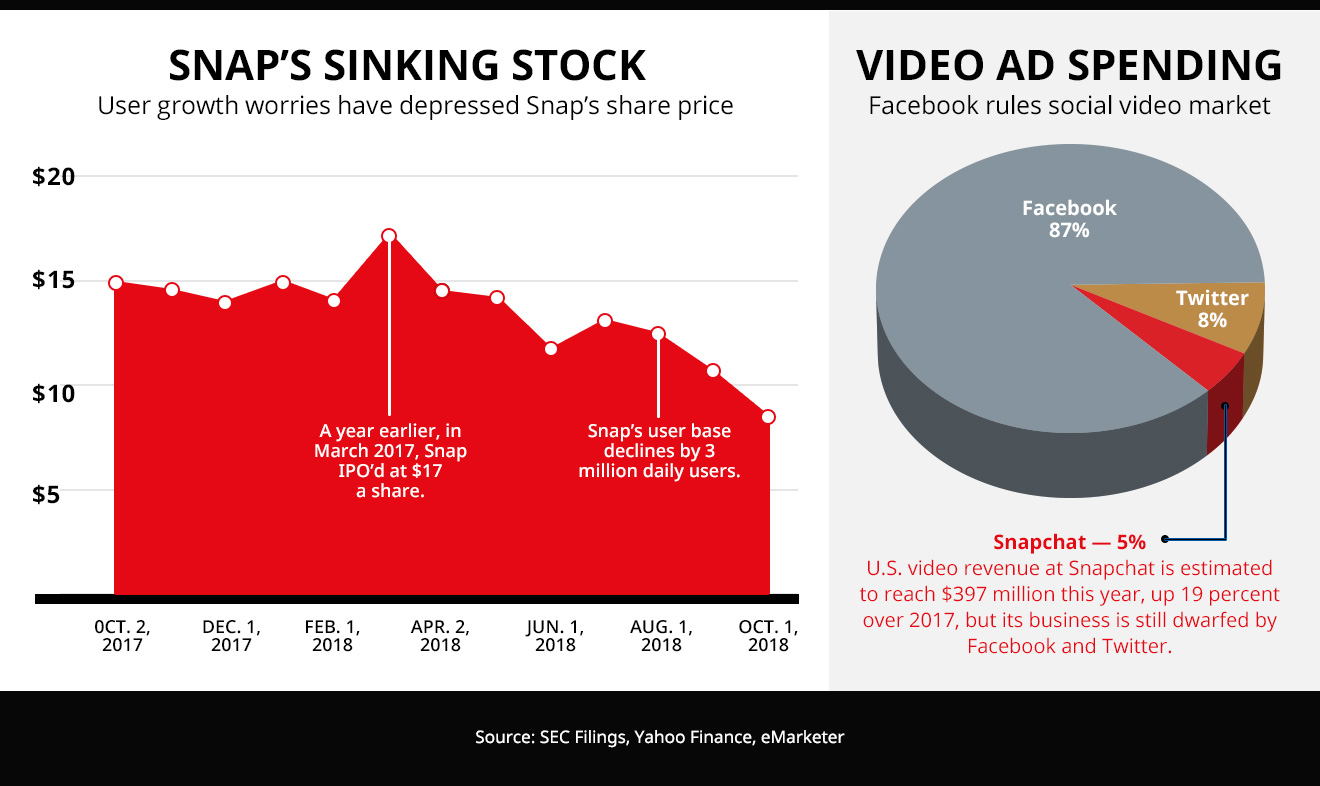 The Ins and Outs of Bank Fees