In late 2017, the World stood in awe as Bitcoin and other CryptoCurrencies began soaring to astronomical heights with seemingly no end in sight.

Not to be outdone, the Legal Marijuana/Cannabis Sector has been running strong for 5+ years now with the best yet to come!

Canada’s Historic Senate vote changed the Global landscape of the Cannabis Sector forever by becoming only the second country – and first of the G7 – to Legalize Recreational Marijuana on a National scale!

Simply put, Canada’s legalization is among the Biggest Events in the HISTORY of the Cannabis Sector.

As we approach the November 2018 Midterm Elections, the Sector could see another resurgance as States like New Jersey, Vermont, Ohio, and Michigan look to get Full Legalization on the ballot.

And then there’s BioTech – long known for it’s “Rags to Riches” rallies while outpacing the market this year with 17% Growth, and Craft Beer – now representing over 12% of US Beer Market while Retail Sales grew by 10%.

ATTBF has uniquely positioned itself to be a leading service provider in the Cannabis Industry by offering integrated solutions for Cannabis based and natural formulations, extracts and product development from concept to market delivery.

In fact, ATTBF has already developed over 150 custom formulations and continue to break new ground in testing standards, produced development and providing exclusive cannabinoid extracts and formulations for specific health and wellness issues.

Vergence Naturals™ is is a team of nutraceutical marketing and brand specialists operating as the bioceutical branding, marketing and sales arm of ATTBF, focused on health products to penetrate the fast-growing market for safe and effective natural products that meet unmet wellness needs. Its key products are geared towards natural cannabinoid enhanced goods.

Vaping is another Hot Industry that ATTBF looks to tackle head on.

According to the CDC, there are more than 9 MIL vape users in the US and at least 20 MIL worldwide, replacing traditional cigarettes & tobacco products, making it a growing $3.7 BIL Market.

In May, the company announced the Launch of 3 New Vaporizers!

Products within the Green Tree brand will made available through ATTBF’s wholly-owned subsidiary Vergence Naturals Ltd.

Eventually, through Gabriola’s pending license to produce, ATTBF will be able to load its vaporizer line with its own cannabinoid formulations and sell directly to consumers.

So let’s take a look at all the ways ATTBF plans to capitalize on the Growing Market….

ATTBF is collaborating with Northern Vine Labs, who has been contracted to provide the cannabinoid-rich, THC-free, hemp extract and to carry out research, development and analytical testing related to the formulation of a unique hemp- and cannabis-infused beer.

“By aiming to develop a line of functional beers, each based on a different type of hemp extract, we hope to have a product that is compliant and market-ready as soon as Health Canada releases its new regulatory framework for hemp and cannabis-infused beverages,”

But that’s just the tip of the iceburg.

While Vaporizers and Beer are enough to get anyone excited, ATTBF’s next move could be it’s biggest yet…. 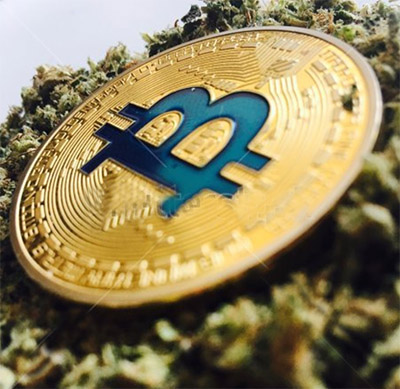 ATTBF is now merging the two together, and the windfall could be tremendous.

On Feb 1, the company announced the Acquisition of a 49% Stake in CannaNUMUS Blockchain Inc. – developers of a cryptocurrency which will represent the performance of a suite of portfolio cannabis companies.

With a 49% equity stake in this blockchain platform, Abattis could see a significant upside from any CannaNUMUS liquidity event, like an ICO!

Needless to say, ATTBF is in good company!

ATTBF SELLS NORTHERN VINE LABS
You may recall that ATTBF had a significant interest in Northen Vine Labs to produce, among many things, cannabis derivatives, formulations, and even CBD-Infused Beer. And while those ventures will continue, the company has agreed to sell it’s interest in this small outfit for a multi-million dollar sum in order to scale up in a BIG way with it’s next venture….

ATTBF INVESTS IN HUGE NEW ONTARIO LAB FACILITY!
Just last week, ATTBF inked a deal to Invest in XLABS Therapeutics in Ontario and will soon begin the build out of a proposed 320,000 SQ FT Lab Facility!

This Facility has been deemed suitable for use as a medical cannabis research facility under Health Canada’s Narcotic Control Regulations and now gives ATTBF a major footprint in the Canada’s largest provence, home to 40% of the population + 60 of the 112 approved Licenced Cannabis Producers!

The joint venture is intended to create an extraction, purification, formulation, and production giant in the heart of Canada’s population and LP center.

“Our partnership with XLABS marks another significant milestone for Abattis,” stated Rob Abenante, President and CEO of Abattis. “….we are looking to aggressively expand our service offerings with the Belleville Facility, including through key services such as industrial scale extraction,”

ATTBF PARTNERS WITH BLOCKSTRAIN
Last month, ATTBF took steps to sure up their systems by partnering with what may be a famiiar Blockchain Tech company to all of you – BLOCKSTRAIN TECHNOLOGY CORP.

Blockstraing will help ATTBF keep track of product development history, sales, testing results, and similar data while providing completely reliable records to the satisfaction of regulators and customers alike, and saving the company time and money by streamlining Abattis’ processes.

THE BOTTOM LINE
ATTBF has certainly been busy since we last covered it with a plethora of big developments still in the pipeline!

And now it’s trading cheaper than ever at Long-Term Support Levels with a chart finally moving out of OVERSOLD RSI Territory….

ATTBF represents a unique opportunity that marries both the Cryptocurrency and Cannabis industries – two of the Hottest Industries of the new milennium.

With a nearly 50% stake in a new Cannabis CryptoCurrency, the company may be well positioned to take advantage of the upcoming Initial Coin Offering (ICO) and generate value for its shareholders.

And with initiatives in Cannabinoid-Infused Beer, it’s Vaporizer Acquisition, it’s core business of Cannabis Lab Testing, Product Development, and so much more —ATTBF is truly a the “Jack of All Trades” of the Cannabis Sector!

inCity Magazine does not own any shares of ATTBF

All information on featured companies is provided by the companies profiled through their website, news releases, and corporate filings, or is available from public sources and inCity Magazine makes no representations, warranties or guarantees as to the accuracy or completeness of the disclosure by the profiled companies. Further, inCity Magazine has no advance knowledge of any future events of the profiled companies which includes, but is not limited to, news & press releases, changes in corporate structure, or changes in share structure.

None of the materials or advertisements herein constitute offers or solicitations to purchase or sell securities of the companies profiled herein and any decision to invest in any such company or other financial decisions should not be made based upon the information provide herein. Instead inCity Magazine strongly urges you conduct a complete and independent investigation of the respective companies and consideration of all pertinent risks. Readers are advised to review SEC periodic reports: Forms 10-Q, 10K, Form 8-K, insider reports, Forms 3, 4, 5 Schedule 13D. inCity Magazine is compliant with the Can Spam Act of 2003. inCity Magazine does not offer such advice or analysis, and inCity Magazine further urges you to consult your own independent tax, business, financial and investment advisors. Investing in micro-cap and growth securities is highly speculative and carries and extremely high degree of risk. It is possible that an investor’s investment may be lost or impaired due to the speculative nature of the companies profiled.

The Private Securities Litigation Reform Act of 1995 provides investors a ‘safe harbor’ in regard to forward-looking statements. Any statements that express or involve discussions with respect to predictions, expectations, beliefs, plans, projections, objectives, goals, assumptions or future events or performance are not statements of historical fact may be “forward looking statements”. Forward looking statements are based on expectations, estimates, and projections at the time the statements are made that involve a number of risks and uncertainties which could cause actual results or events to differ materially from those presently anticipated. Forward looking statements in this action may be identified through use of words such as “projects”, “foresee”, “expects”, “will”, “anticipates”, “estimates”, “believes”, “understands”, or that by statements indicating certain actions “may”, “could”, or “might” occur. Understand there is no guarantee past performance will be indicative of future results. Past Performance is based on the security’s previous day closing price and the high of day price during our promotional coverage.