What Straight-A Students Get Wrong 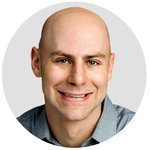 By Adam Grant of NYTimes.com

Dr. Grant is an organizational psychologist and a contributing opinion writer.

A decade ago, at the end of my first semester teaching at Wharton, a student stopped by for office hours. He sat down and burst into tears. My mind started cycling through a list of events that could make a college junior cry: His girlfriend had dumped him; he had been accused of plagiarism. “I just got my first A-minus,” he said, his voice shaking.

Year after year, I watch in dismay as students obsess over getting straight A’s. Some sacrifice their health; a few have even tried to sue their school after falling short. All have joined the cult of perfectionism out of a conviction that top marks are a ticket to elite graduate schools and lucrative job offers.

I was one of them. I started college with the goal of graduating with a 4.0. It would be a reflection of my brainpower and willpower, revealing that I had the right stuff to succeed. But I was wrong.

The evidence is clear: Academic excellence is not a strong predictor of career excellence. Across industries, research shows that the correlation between grades and job performance is modest in the first year after college and trivial within a handful of years. For example, at Google, once employees are two or three years out of college, their grades have no bearing on their performance. (Of course, it must be said that if you got D’s, you probably didn’t end up at Google.)

Academic grades rarely assess qualities like creativity, leadership and teamwork skills, or social, emotional and political intelligence. Yes, straight-A students master cramming information and regurgitating it on exams. But career success is rarely about finding the right solution to a problem — it’s more about finding the right problem to solve.

In a classic 1962 study, a team of psychologists tracked down America’s most creative architects and compared them with their technically skilled but less original peers. One of the factors that distinguished the creative architects was a record of spiky grades. “In college our creative architects earned about a B average,” Donald MacKinnon wrote. “In work and courses which caught their interest they could turn in an A performance, but in courses that failed to strike their imagination, they were quite willing to do no work at all.” They paid attention to their curiosity and prioritized activities that they found intrinsically motivating — which ultimately served them well in their careers.

Getting straight A’s requires conformity. Having an influential career demands originality. In a study of students who graduated at the top of their class, the education researcher Karen Arnold found that although they usually had successful careers, they rarely reached the upper echelons. “Valedictorians aren’t likely to be the future’s visionaries,” Dr. Arnold explained. “They typically settle into the system instead of shaking it up.”

This might explain why Steve Jobs finished high school with a 2.65 G.P.A., J.K. Rowling graduated from the University of Exeter with roughly a C average, and the Rev. Dr. Martin Luther King Jr. got only one A in his four years at Morehouse.

If your goal is to graduate without a blemish on your transcript, you end up taking easier classes and staying within your comfort zone. If you’re willing to tolerate the occasional B, you can learn to program in Python while struggling to decipher “Finnegans Wake.” You gain experience coping with failures and setbacks, which builds resilience.

Straight-A students also miss out socially. More time studying in the library means less time to start lifelong friendships, join new clubs or volunteer. I know from experience. I didn’t meet my 4.0 goal; I graduated with a 3.78. (This is the first time I’ve shared my G.P.A. since applying to graduate school 16 years ago. Really, no one cares.) Looking back, I don’t wish my grades had been higher. If I could do it over again, I’d study less. The hours I wasted memorizing the inner workings of the eye would have been better spent trying out improv comedy and having more midnight conversations about the meaning of life.

So universities: Make it easier for students to take some intellectual risks. Graduate schools can be clear that they don’t care about the difference between a 3.7 and a 3.9. Colleges could just report letter grades without pluses and minuses, so that any G.P.A. above a 3.7 appears on transcripts as an A. It might also help to stop the madness of grade inflation, which creates an academic arms race that encourages too many students to strive for meaningless perfection. And why not let students wait until the end of the semester to declare a class pass-fail, instead of forcing them to decide in the first month?

Employers: Make it clear you value skills over straight A’s. Some recruiters are already on board: In a 2006 study of over 500 job postings, nearly 15 percent of recruiters actively selected against students with high G.P.A.s (perhaps questioning their priorities and life skills), while more than 40 percent put no weight on grades in initial screening.

Straight-A students: Recognize that underachieving in school can prepare you to overachieve in life. So maybe it’s time to apply your grit to a new goal — getting at least one B before you graduate.

Relax, Turn Off Your Phone, and Go to Sleep