We are sure that Golden Shears owner, Reggie Miller would have loved for that header to have been true! But with the NEW location to the Wind Creek Casino Hotel in Montgomery, the partnership is a dream come true to Reggie Miller…so its considered a Jack Pot.

Close to one hundred people came out to the Black & Gold GRAND OPENING!

When asked how much he was involved in the layout, he replied, “I was Majorly involved from plumbing, color, decor.” Miller adds, “…Golden Shears plans on being a MAJOR asset to the Wind Creek family.”

Miller says that the success of Golden Shears has been because of their commitment to the community, young people, hard work and a committed team who has the same mentality.

Can someone say “Cha-Ching”! 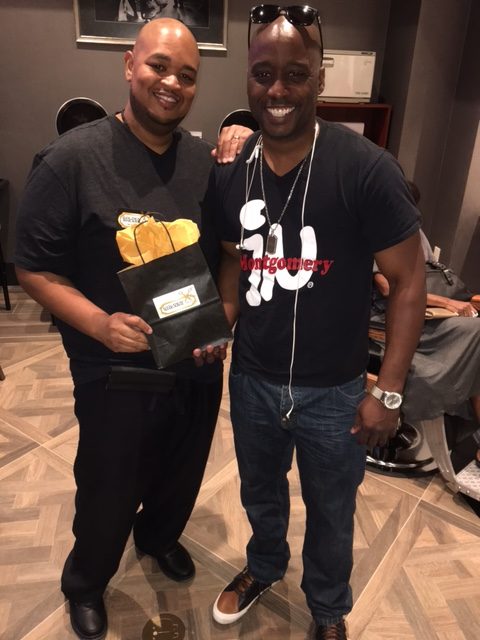